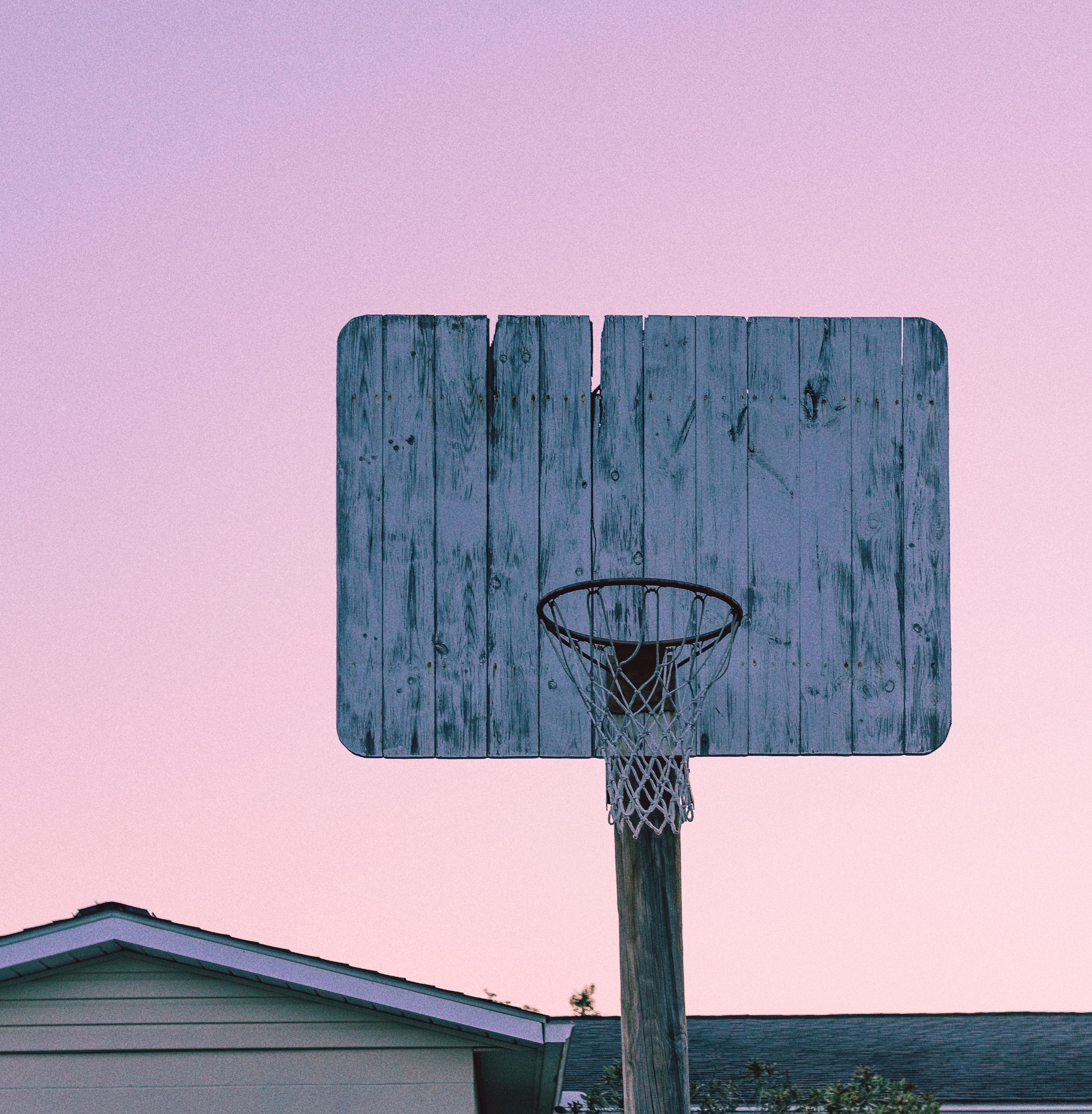 My first day of high school, I stood 4’11, weighed 100 pounds, and wore Harry Potter-esque glasses that slid down my nose after even the slightest movement. Despite my size and appearance, I found myself entering an almost daily routine of struggling to shove a basketball down my drawstring bag, racing down the sloping street on my navy bicycle, and dribbling onto the campus courts.

Honestly, it took time to muster up the courage to step onto those courts, a place where towering college students and Varsity players flaunted their half-court shots and killer crossovers. In the dark, alone, on the elementary school courts, where no one could mock my flimsy air balls and clumsy dribbles, I built up confidence. After a few months of practice, I finally made my debut…

…but failed consistently for two months. Though almost all my shots were blocked, and hardly anyone ever passed to me, I’d stay after the pick-up games, two hours each day. Again alone in the dark, I depended on the rhythmic thuds of my ball pounding on the pavement to know where to go. The hoop enveloped in moonlight, I stayed at a single spot until I made 10 shots in a row; then, I had to make 40 consecutive layups. While many shudder at the thought of leaving their beloved AC during 100-degree weather, I embraced the grind. But I wasn’t doing this with the intention of trying out for Varsity (or even JV). I just loved playing.

After tackling the fundamentals, I began crafting my unique style of play. Being smaller than most players, I’m a vicious defender, staying low, going for steals—even when it involves diving to engulf the ball in my arms. On offense, seeing my defenders greedily tracking the ball, eager for a block as I near the rim, I swiftly pump my arms, faking the layup—then grin as my defender, suspended midair, twists his expression to one of panic and I make the open shot.

Flopping onto my flower-patterned couch after another rigorous day, I’m exhausted but content. My right arm throbs, reminding me of my grit, my unwavering resolution. Closing my eyes, I relive that electrifying jolt as I sunk my sixth consecutive three-pointer when my goal was five—not bad for a self-taught “mouse in the house.”

So why am I telling you, the person whom I must convince of my talents and intellect, about my inconsequential accomplishments in pickup basketball?

And because basketball reflects many of the recurring themes in my life:

Autodidacticism. When I wanted to start a t-shirt company freshman year, I watched countless tutorials on design and programming, eager to launch a web store featuring game-inspired merch. This spawned an interest in app development, which led to more tutorials and hands-on learning.

Ruthless determination, an essential trait for any autodidact. Just as practicing alone inspired me to apply basketball skills in 5v5, so did being the “CEO” of a company of one inspire me to seek an internship and work with a team. It took hundreds of emails to finally convince a startup to take a chance on a teenage iOS intern.

Defying expectations. After a long chorus of “You’re too young,” “We want someone in a BS program,” EduChat, an NYC startup, offered me an internship. I vowed to ensure they wouldn’t regret it. Next up: the challenge of convincing Big City landlords to rent to an unaccompanied minor. Good thing for my ruthless determination!

Basketball, though never a defining part of my life, embodies who I am. Though I am often underestimated in my self-determined ambitions, I persist, jumping for the rebound after getting blocked, solving mysteries on StackOverflow, troubleshooting in PhotoShop, or even redoing a chemistry lab for reproducibility.

After all, if I learned anything from living by myself in New York, it’s that if you miss the subway — just run!