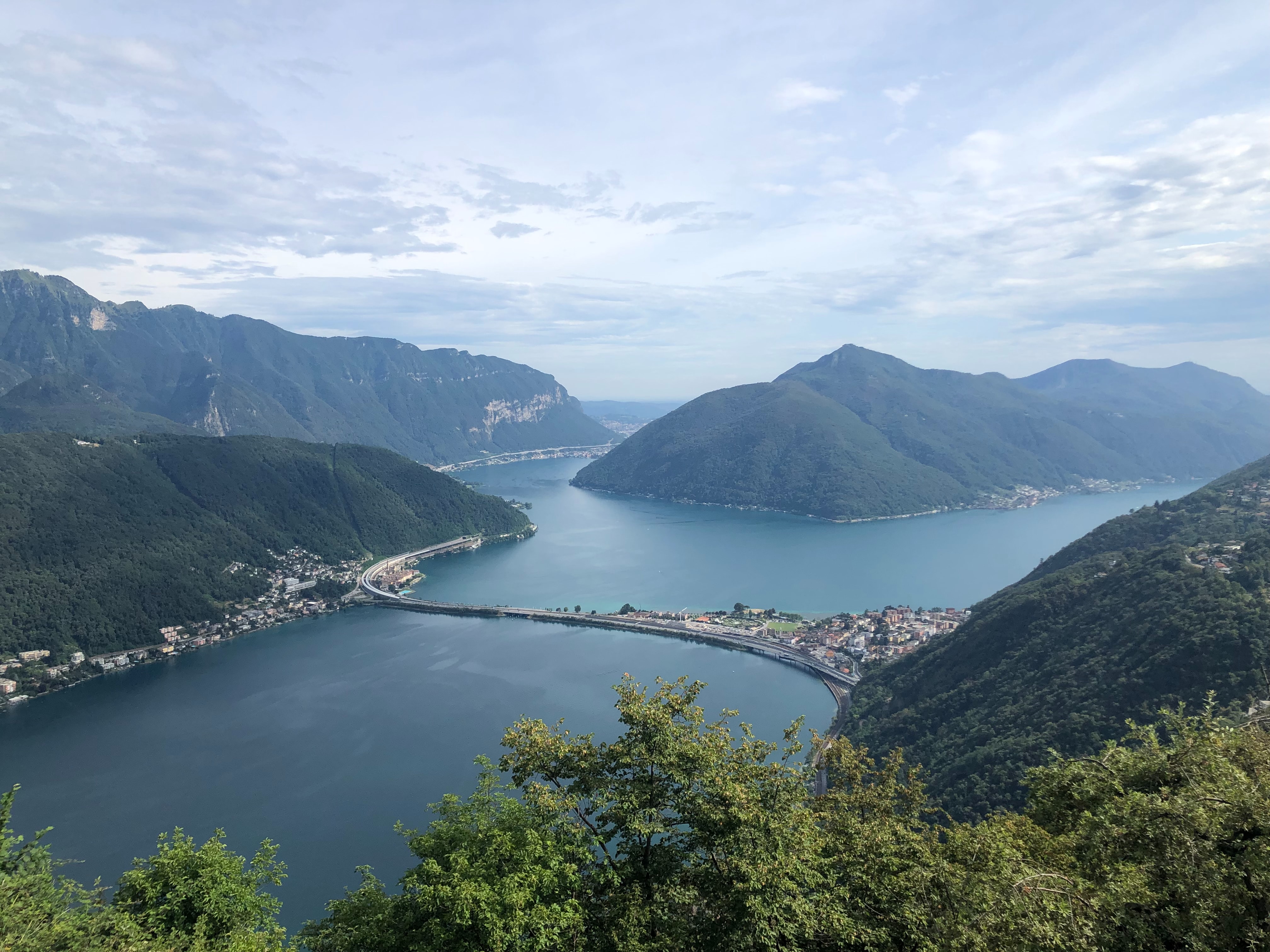 Four months ago, I couldn’t believe I was going to spend the next four months in Switzerland, without my parents. Now, I can’t believe I’m already back.

It wasn’t a traditional path, attending a studying abroad program my first semester of college. As part of the spring admit program for USC, I chose to attend Franklin University in Lugano, Switzerland for a semester because I saw it as an opportunity for personal growth and for the widening of my world view. With the semester over, I can totally say I accomplished both.

The transition was so abrupt. I went from a lifetime in my comfortable, familiar home in the Bay to being alone in a completely foreign country in just a few hours. Strangely, despite the circumstances, I wasn’t as scared as I should have been.

When I arrived at ZRH and sat through the 3 hour ride from Zurich to Lugano, a few things immediately stood out. One, I was in a completely new world. The mannerisms, culture, architecture, even fashion I was so used to back at home were completely different. I could notice these things the same day I arrived.

Second, I was stunned by the never-ending stretch of rocky mountains, the intensely green valleys and trees, and of course, the perfectly preserved lakes, which seemed to be somehow bluer than the sky (it’s supposed to reflect the sky, right?). Pure landscapes like these had just become so rare in the US, where industrialization and modernism triumphs nature’s beauty.

Honestly, I wasn’t really prepared for the things I would do, the people I’d meet, and the overall experience I was going to have. Culture shock hit me pretty hard that first week, and I can say the first week was definitely the most challenging. Here are some hard lessons I learned week one: Restaurant water in Europe isn’t free Bathrooms aren’t free Everyone is looking to take advantage of foreigners for profit, especially in Italy.

Lugano was a quaint little town on the southernmost tip of Switzerland, 30 minutes away from Italy. Built beside Lake Lugano, the entire town was just nature’s perfection. It’s always surreal, strolling along the lake, consciously breathing in the abnormally fresh air, and staring out at the Italian mountains across the lake. Within downtown, gelato stores and Italian restaurants could be found all over. Lugano was ridiculously hilly too, so countless flights of stairs and steep ramps were unavoidable. The geography turned grocery trips into demanding, uphill treks. Hauling 30 lbs of iced teas, sandwich making materials, cleaning equipment, etc. for 30 minutes up the hill was a weekly chore. I’d stuff my backpack with groceries, and sling a second shopping bag on my shoulder. Lugano went to sleep early, with the stores and restaurants all closing around 7pm.

It was near impossible to communicate with the locals in Lugano, since the locals all exclusively spoke Italian. Speaking to anyone in English really seemed to offend many locals, so it ended up becoming easier to spend time figuring things out myself than ask for help. And I’m not exaggerating about the communication barrier — finding another english speaker was just so rare, that when I saw English speaking tourists, I went over and said, “hey, I speak English too!” (Actually did this…). Not to mention, I didn’t have cell data throughout my entire time in Europe. Hard to imagine, right? But honestly, that barrier ended up reinforcing my study abroad goals. I was forced to be self-reliant, extensively preparing for everything and acting very carefully, as many times there was nobody I could ask for help.

Every few weekends or so, I’d pack up my bags, escape Lugano, and dive into a completely new culture, climate, and perhaps country. I became very acquainted with Terminal 2 of Milan Malpensa Airport, home of EasyJet and RyanAir, in those few months time. Prudent travelling, the art of finding and locking down affordable AirBnBs, transportation, and activities, was a new skill I was able to master.

I ended up visiting Vienna, London, Barcelona, Munich, Milan, Florence, Italy, Venice, Basel, Zurich, Lucerne, Bern — what a list. Seeing all these places definitely racked up a huge bill from all the transportation tickets and AirBnB rooms, but the personal development that came with travelling will pay off that invoice. The process of booking a flight on my own was a test of manhood. I’m glad I pulled it off. In reflection, I’d have to narrow down my favorite cities to Vienna and London. They were classy cities, and for a lack of better words, they were like sophisticated hipsters — the techy, modern feel you get from cities like SF or NY were presented in a beautiful shell of rich history and charming, uniform architecture. I’ve put up a lot of my favorite shots from Europe already on my photography Instagram account @shotsbyroland, but there’s still hundreds more for me to edit and post. A few months of time was enough to provide me with content to last me years.

My trip to Milan presented me with a very memorable experience. I was robbed for the first time in my life, right outside Sforza Castle in Milan. “My friend,” someone called out. A man offered me a “free” friendship bracelet, claiming it was a tradition from Kenya, his home country. Before really having the chance to respond, the rainbow patterned thread was already circled around my arm, and the man was just about to tie the knot. Naively, I simply watched and didn’t stop him from completing the knot and sealing my fate. It really seemed like nothing more than a gesture of goodwill, from my perspective. “Now we are friends, friends donate money to friends,” he said. I tried to squirm my way out of the situation with the classic no money on me spiel, but he was persistent in demanding money. At that moment, I could (and should) have just walked away, but my natural childhood programming prevented me from rudely walking away from a conversation. I nervously watched as 5 more Kenyans approached and circled around me, blocking me from leaving. There was no way out — I was trapped. Someone called out, “no money, no leave.” It might have been the most defeated I had felt in my life, and the most ashamed I had felt in a long time. I paid the gang 5 euros, and booked it outta there.

I’m probably never going to forget the overpowering feeling of shock and terror I felt in that moment. I realized how sheltered I was growing up, having never witnessed such acts before in my entire life, and therefore, not knowing how to deal with such a situation. I was too soft and optimistic, too nice and naive. The real world is a very different place from my hometown, the suburban haven called Saratoga.

The last week, after finals, I went out to travel myself around Switzerland, since my flight was a few days later than move-out day. It was those few days where I fully realized the value of travel and exploration, and the amount I really grew in just 4 months time. I felt fearless in exploring the unknown. Maybe it was because I finally got a SIM card and had data for the first time in months, or maybe it was because I learned how to feel comfortable surviving on my own, independent. Lucerne, Bern, and Zurich were incredible places to see. It’s as if Switzerland is sprinkled in some kind of magic; no matter where I went, I was in awe of the surreal landscapes and the strangely soothing city life.

TLDR: Being in Europe taught me how vast the world was outside my tiny reach, and how much of the world there is to still live and breathe in my lifetime.